About Us - Red and Blue Steiner Stars

The Steiner Ranch Stars is a private, non-profit swim team based in the Steiner Ranch subdivision in Austin, Texas. The team was formed in 2001 and has grown to approximately 500+ swimmers, ages 5-17. We are a summer team swimming in the Northwest Swim Circuit (NWSC).

The Stars swim team strives to provide a positive swimming environment for young people, combining an emphasis on the technical, psychological, and social aspects of swimming, and to support the broad range of individual goals and abilities of our members.

Stars Red and Blue are competitive swim teams for swimmers ages 5 - 17 (age as of May 1st). The teams begin practices after school in late April or early May, and the season runs through the end of the first week in July this year. Both teams are operated by the same board of directors and are designed to be as identical as possible. Both teams swim in meets against other swim clubs in the Austin area as members of the Northwest Swim Circuit. The Red team practices on summer mornings, and the Blue team practices in the afternoons. Much more detail regarding practice and meet schedules may be found by exploring this web site. The Stars require that swim team parents complete volunteer shifts during the season in order to retain returning family status.

Residents of Steiner Ranch have primary access to spots on the Red and Blue teams and must be in good standing with the HOA. Grandfathered Non-residents will be wait-listed and will have access to any remaining open spots in the order they appear on the list after residents have had a chance to register. After the waitlist has been satisfied, the Stars will hold open online registration for any remaining open spots.  A very limited number of non-resident spots may be available after all residents have registered. 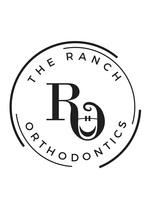